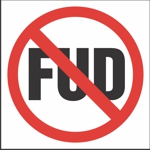 On January 31st, 2013, the venerable British entertainment retailer HMV laid off 190 people just days after entering a British version of bankruptcy. What they thought of as a private, internal action was actually “live-tweeted” by one of the employees being laid off. Making it worse, the employee was tweeting from HMV’s own corporate Twitter account (@hmvtweets). What HMV experienced — and what we witnessed — was the new FUD: Full Unwanted Disclosure.

Corporations have often manipulated the public using a different type of FUD — Fear, Uncertainty and Doubt — an appeal to fear to drive sales or put down competition. The tables have turned. Today, corporations, and really organizations of every kind, are faced with this new kind of FUD.

We live in a new world, powerfully impacted by pervasive communications. Social media is one aspect of it, sure. But it’s not just about platforms, it’s about attitudes. Nothing happens in a vacuum; nothing is truly private. And understanding the impact of social pervasive media is not something you can just leave to the generation that was born to it.

Today’s environment requires principals and techniques to inoculate against the chaos that can ensue when brand stakeholders act, knowingly or unknowingly, against the best interest of the brand or are not aligned with the essence and mission of the brand. By establishing strong corporate narratives, which I introduced in Brands, Narratives and Story Worlds, you can create a framework and processes for managing complex narratives.

HMV chose a course of action that may or may not have been aligned with their mission statement and the essence of their brand. This is what HMV learned (the hard way). Below is a transcript (as best as I could reconstruct) of what went down.

Could this debacle been proactively managed through a strong corporate narrative? I believe so.