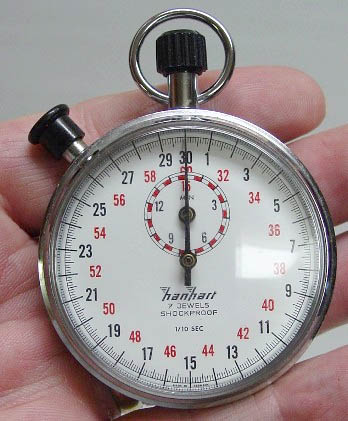 The Importance of Real-time Engagement

The online social space is where your fans are talking about your brand. It’s where your competitors are trying to dilute your narrative and your brand messages. It’s where rogue employees go to vent. If you aren’t engaging your fans online, you are missing out on the opportunity to bring, and strengthen, your message. You are also missing the opportunity to engage in marketing and lead-gen in an ongoing, not one-off, manner.

The OREO and Real-time Marketing

The [now] classic example of Real-time Marketing is OREO’s 2013 Superbowl ad (a brilliant piece of Real-time content marketing executed with great execution by OREO and the Wieden+Kennedy team). It defined an entirely new form of marketing for many, becoming the de facto case-study for almost anything “Real-time”. But the OREO ad was more about reacting to an event than anything else. The power-outage at the Superdome was a one-shot deal.

Real-time Marketing, as shown by OREO, is about identifying and seizing the “marketing moment” — about knowing what, and when, to broadcast to your fan base across the social channels. Leveraging digital, it’s a faster, more powerful, version of traditional marketing. But while Real-time Marketing may leverage social for speed and reach, it’s still broadcast with little engagement.

While Real-time Marketing is about broadcast opportunities, Real-time Engagement is about building the relationships that allow you to take Real-time Marketing to the next level – to the point were the process becomes interactive, where building a community is possible and where brand ambassadors are shaped, empowered and activated. It’s about connecting with your fans on a regular basis, listening to what they are saying and reacting in Real-time with information, advice, humor and acknowledgment. It’s about building an ongoing relationship and being able to connect to your audience with Real-time Marketing as part of the conversation, not a one-off deal.

The OREO ad was a push. But imagine if OREO was a share. Instead of creating the ad, what if OREO had listened to their fan base?

Connect to your audience as part of the conversation, not a one-off deal…

I was recently working with an entertainment franchise, helping develop a Real-time Engagement process to listen, inform, engage and activate a half-million fans across multiple social platforms. During an audio and visual livestream, a controversial topic was introduced and there was immediate fan reaction, and discussion, on the social channels. It was an opportunity to engage the fan base on a specific issue.

Rather than pull an OREO and create a new piece of custom marketing content — what many would consider a Real-time Marketing opportunity — we took another approach. Instead of injecting our own voice into the conversation, we listened to the social stream and found a piece of fan-generated content that was very similar to what we were thinking. Instead of using our own “Real-time Marketing” content, we amped a fan’s voice that was already in the conversation by sharing THEIR content. It met our content requirements and, in the process, validated the fan AND demonstrated to all other fans this discussion was about collaborating, not broadcasting.

For a moment, we elevated that particular fan to equal status with the brand, and demonstrated the brand is human, listens to its fans and appreciates their creative efforts and contributions to the community. We also laid the foundation for increased fan engagement.

Every community is different, and fan sentiment must be interpreted with consideration to a range of fluid variables…

The key to making this possible was that were were already actively listening and participating in the social conversation. Further, our active participation over an extended period of time allowed us to train the fan base to expect certain types of content from us — to build a mutual level of anticipated engagement. This has not only helped us keep the relationship conversational, it has allowed us to strengthen the brand and gauge the type of response we are likely to get when we activate the fan base and ask for a specific response or action (answer a question, create a particular piece of content, share something from beyond their avatar, etc.).

The Value of Listening

Listening to a community can, and should, be done in multiple ways. There is solid value in the passive “listen/interpret” model where information is captured and analyzed without engaging within the community, and sentiment analysis tools can do a very good job of identifying threads and overall user trends and patterns. But “listening while engaging” is where the real value is found – in being able to query/listen/understand in Real-time.

By engaging and listening (analyzing) in Real-time, it becomes much easier (faster) to identify the multiple constituencies that may exist within a community at any given time, as well as the individual threads of discussion. It also allows you to react quicker to shifts and changes in sentiment and interests, as well as gain insights into the personality of, and best practices in dealing with, the community (every community is different, and fan sentiment must be interpreted with consideration to a range of fluid variables).

We’re seeing great “exploration” in Real-time Engagement is in the entertainment industry (music, film, video, etc). Most entertainment fans are already social. They are already talking about the shows they like, the topics they want to hear about and the points they like to argue about. It’s what makes a fan a fan – they have a vested interest in engaging with other fans. And if they can engage with the celebrity, the show or the brand, even better.

Where else are we seeing opportunity for Real-time Engagement? Sports are a massive opportunity, and we’ve certainly seen it during political/government campaigns as well. And there are a great number of social communities that engage in regular topic/theme-based chats in the social, technology and business sectors as brands realize that “content” is much more fluid than a fixed blog, advertisement or video (yes, Real-time Engagement is all about collaborative content). The potential spans both the B2C and the B2B markets. And while many in the B2B space may not see the initial value, brands do interact with brands online, and the lines between B2B and B2C are increasingly blurred.

Creating a community of fans is really about giving them a reason to belong, to participate and think of the brand as their own. It’s about building a relationship, in public and being transparent in front of the entire world. Like any community, the reward at the end of the day is the creation of value for ALL participants. In the social world, this often translates into information and conversation.

If you can implement a system that provides these to your fans – not just during engagement events, but on an ongoing basis – you have the foundation of a brand community.

The Value of Real-time Engagement

Building a fan base. Activating brand ambassadors. Getting “social” with your message. It’s about listening and engaging. It’s about shifting from outbound to driving inbound. It’s about moving beyond broadcast and push marketing to creating ongoing marketing opportunities that help build a stronger brand. That’s the value of Real-time Engagement, and the key to making Real-time Marketing a part of the ongoing conversation.